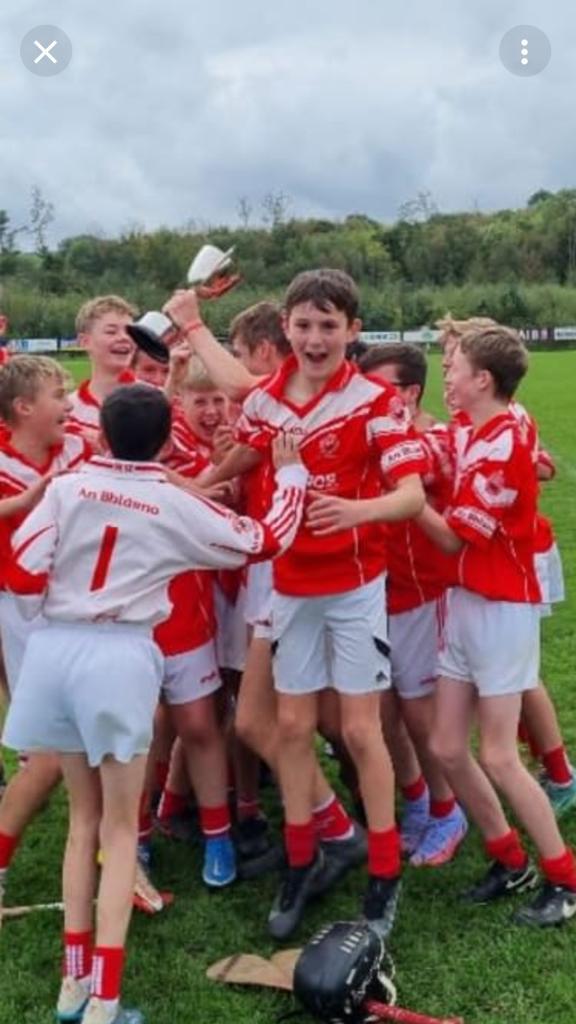 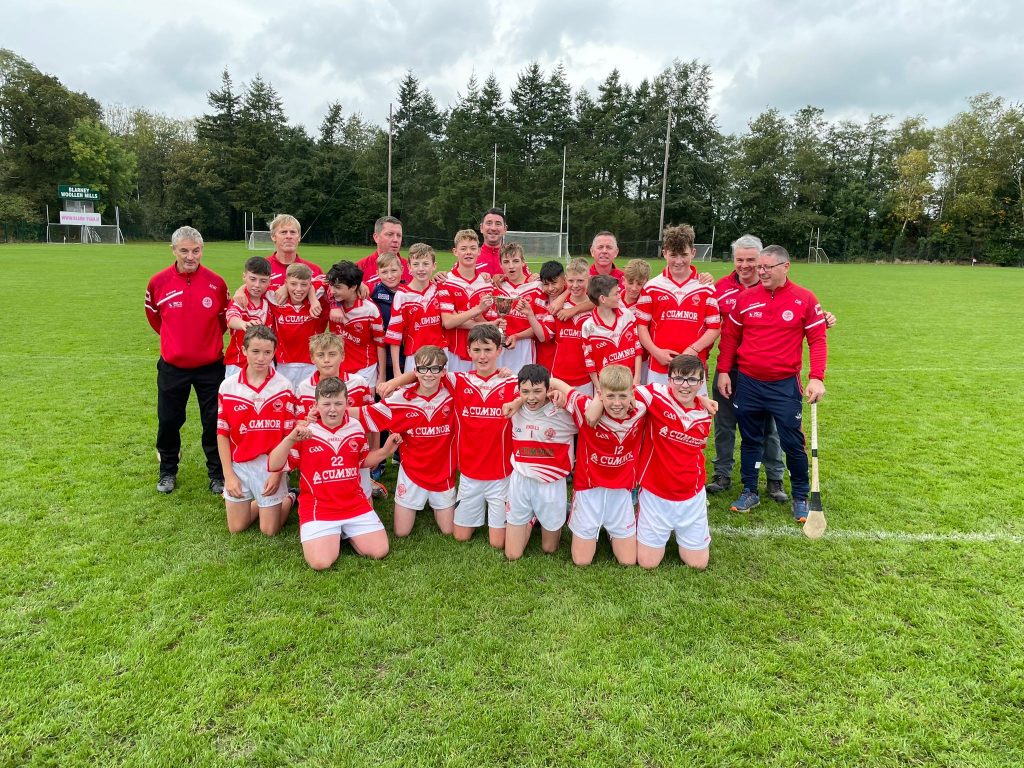 Blarney/Rathpeacon under 13 hurlers were crowned Mid Cork division 1 champions after a hard fought battle against Donoughmore on Saturday the 16th of October in Blarney. Blarney went into an early lead helped by a goal from Sean O’ Keeffe and point from Conor Daly. Donoughmore struck back quickly with a goal of their own and but for a fantastic save from keeper Cillian O’Keeffe would have went in at halftime in front. As it stood Blarney went in 2 points up at the halfway mark. It was nip and tuck throughout the second half with some outstanding frees from Jamie Kendellan and a super point from Sean O’Keefe keeping the Blarney lads ahead. The game was really up for grabs in the last quarter and the decisive moment arrived with about 5 minutes left when the outstanding Cian O’Flynn broke through and fired a rocket off the ground past the Donoughmore keeper. Donoughmore battled hard to claw it back but some heroic defending by Blarney meant they finished up 2-11 to 2-7 winners. This team have gone through the entire phase 2 of the league unbeaten and richly deserve the title. Great credit also to Donoughmore who fought bravely but were just beaten on the day. The lads are now looking forward to the football final in 2 weeks against St Peters (Rockchapel) 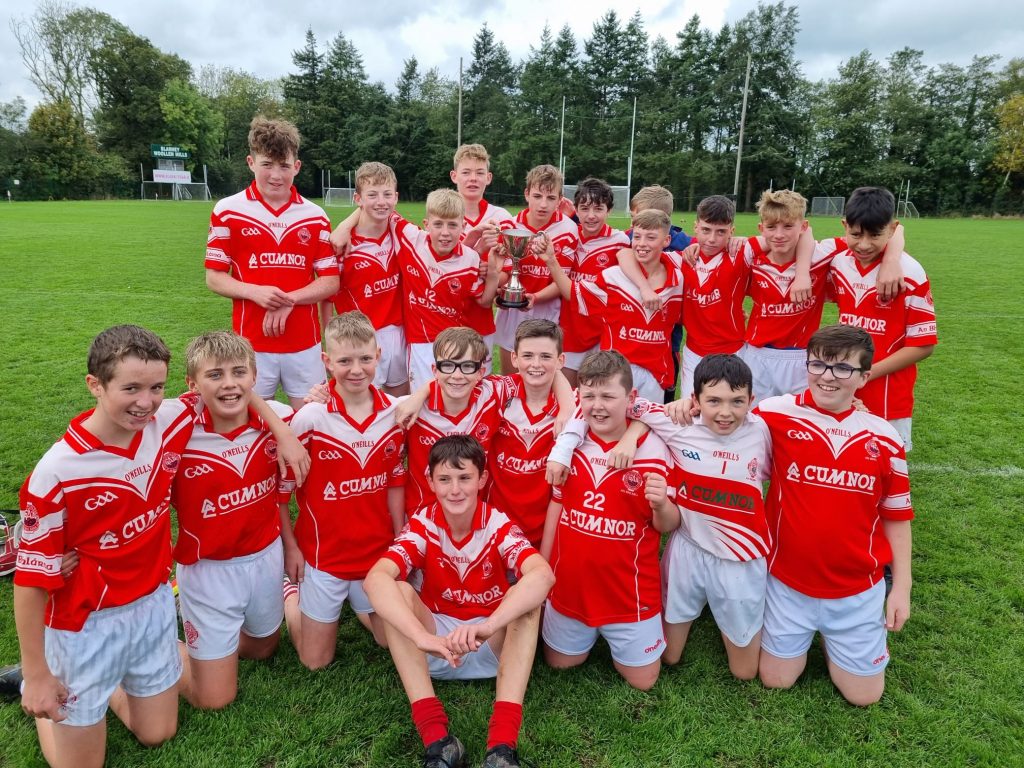 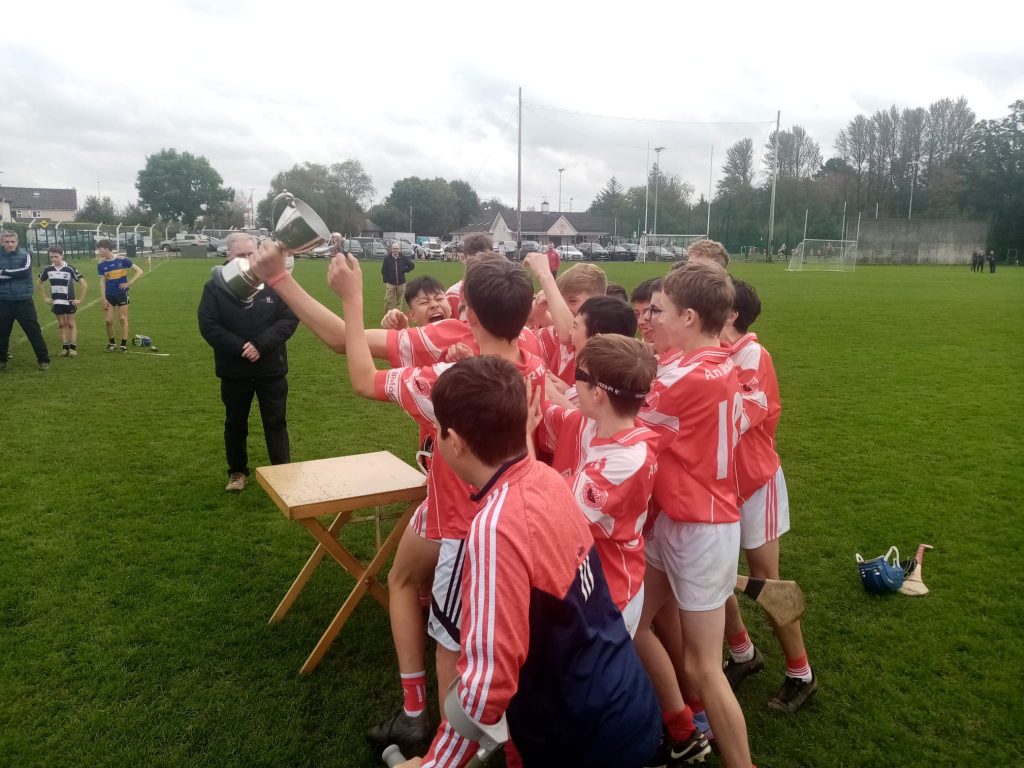