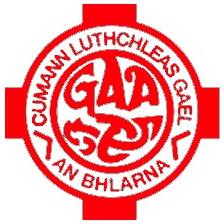 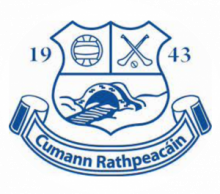 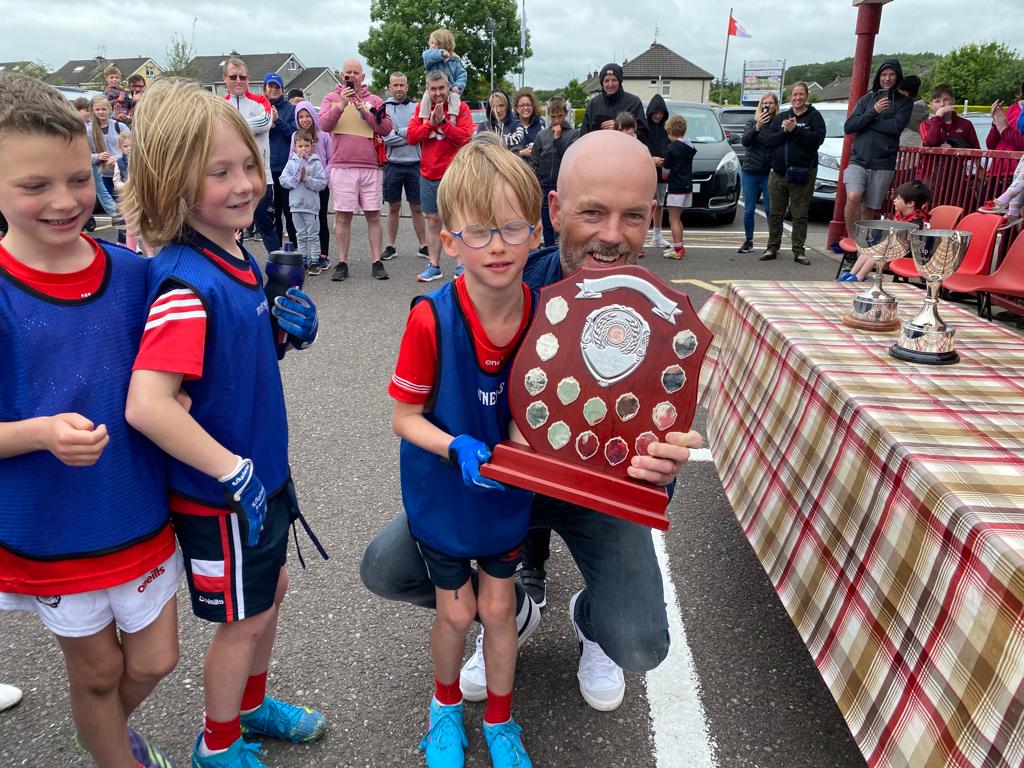 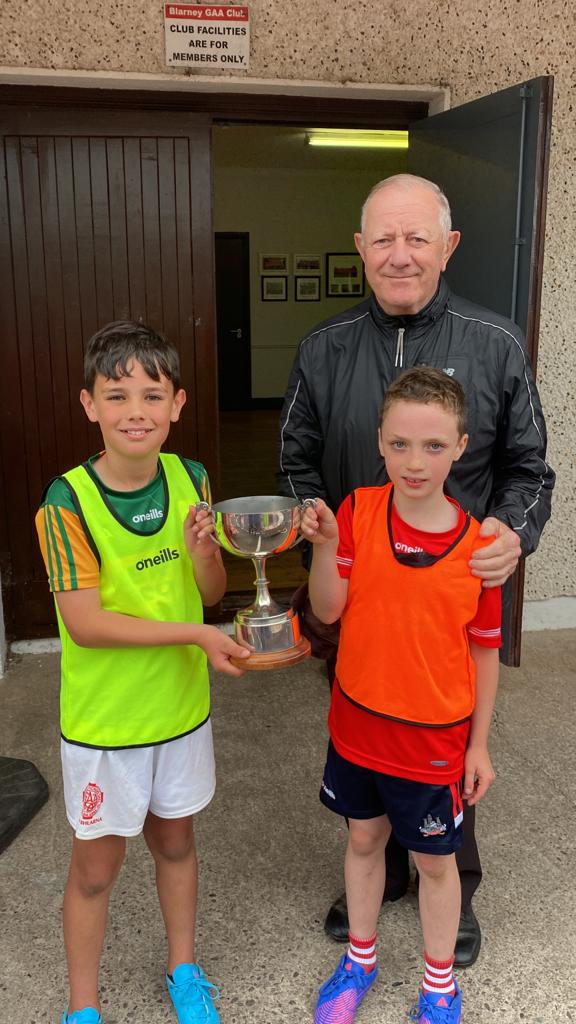 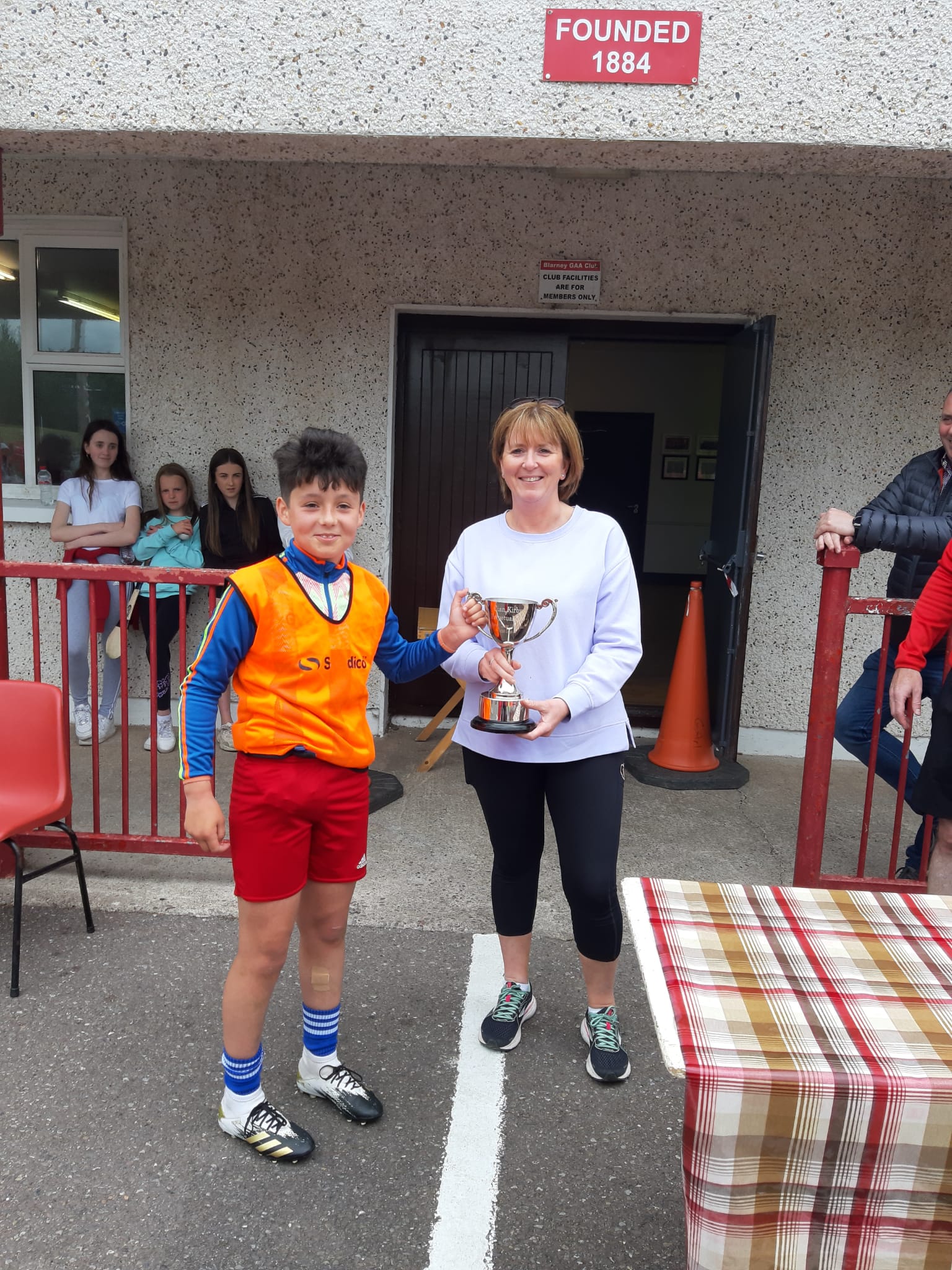 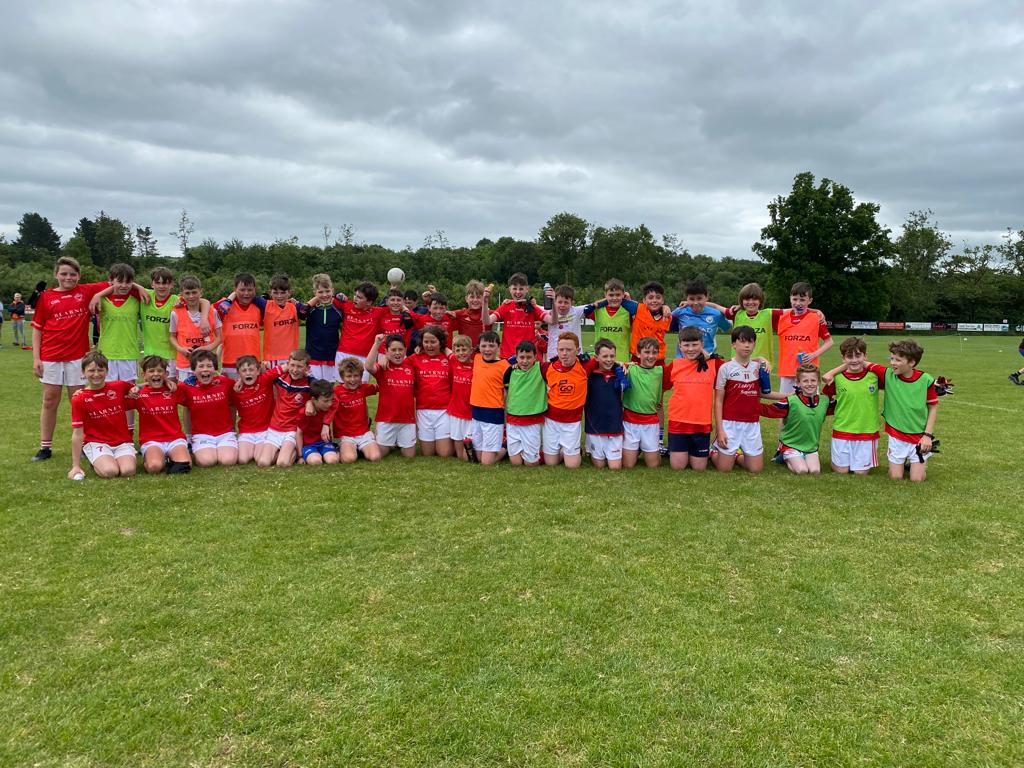 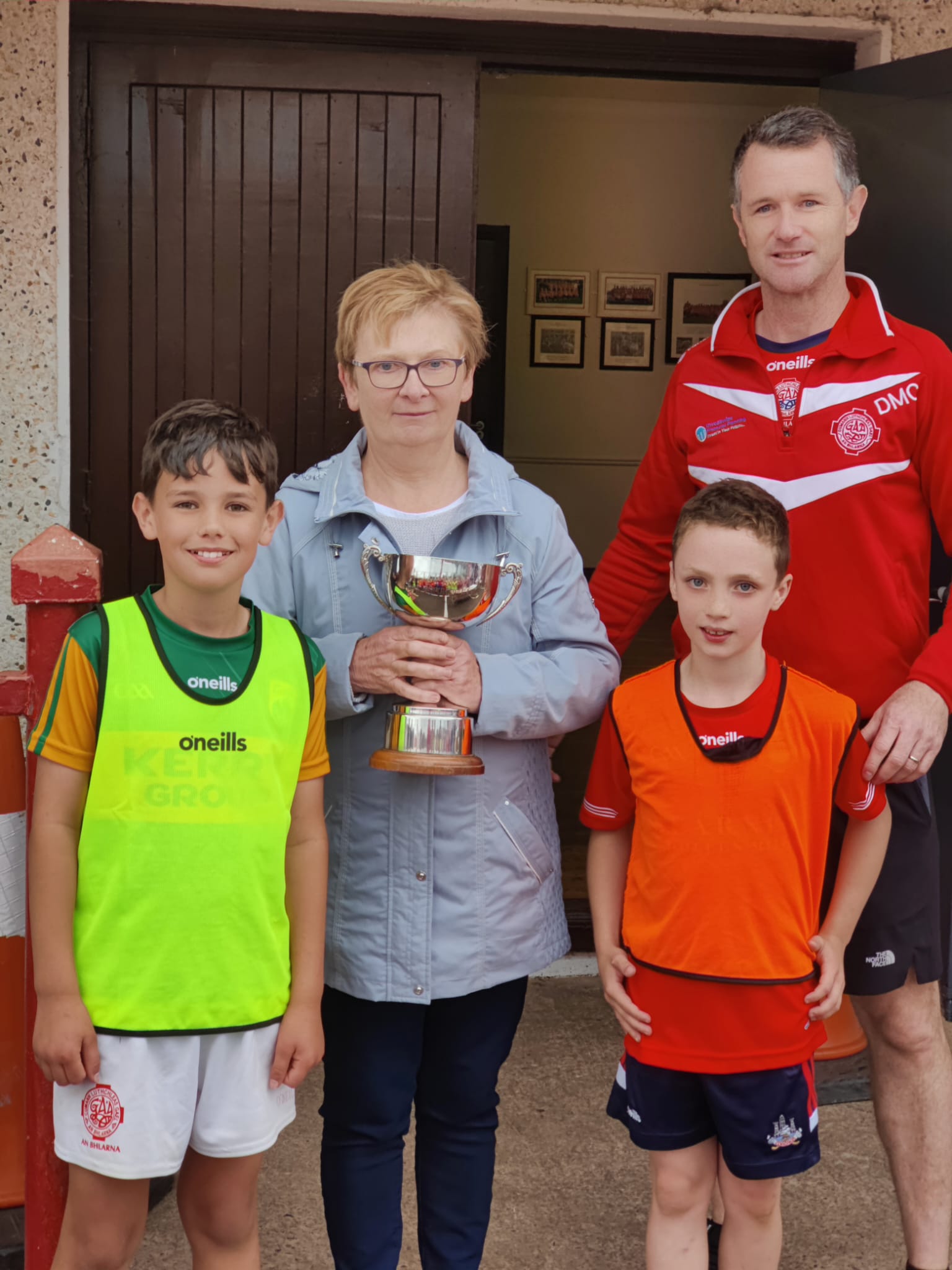 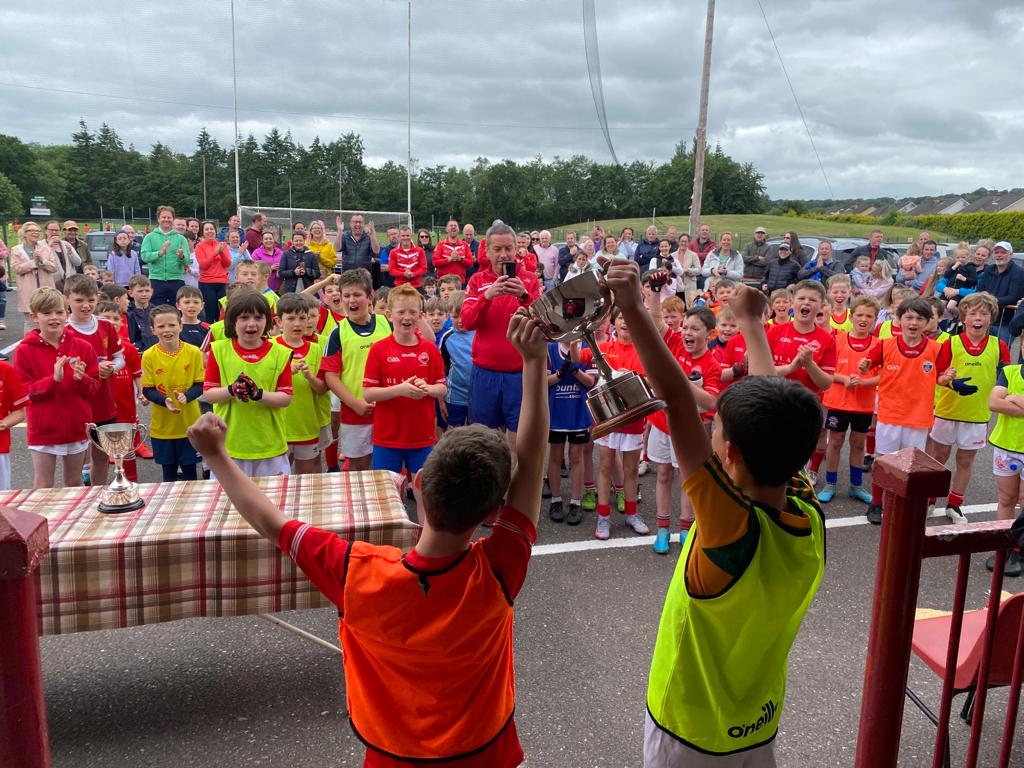 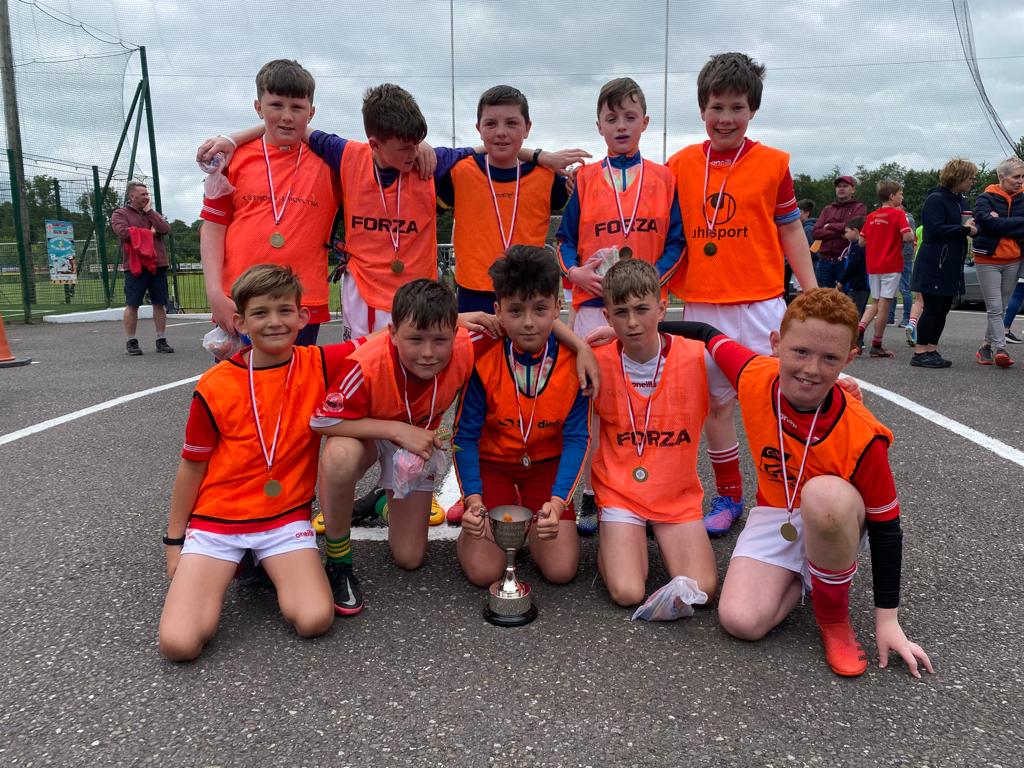 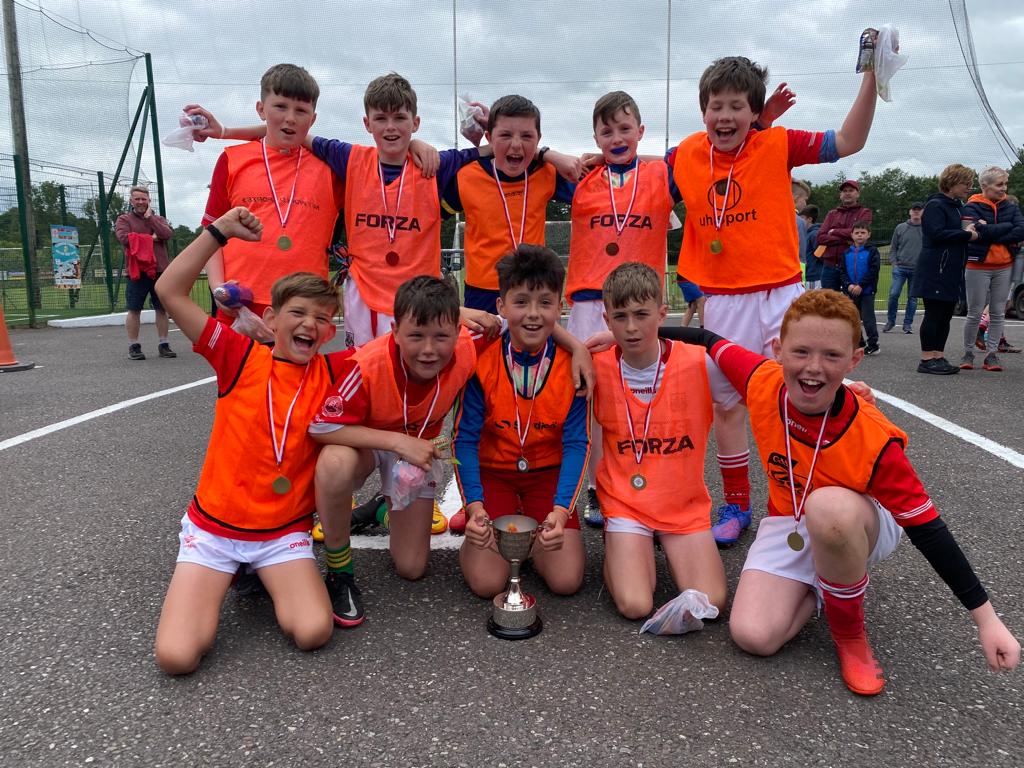 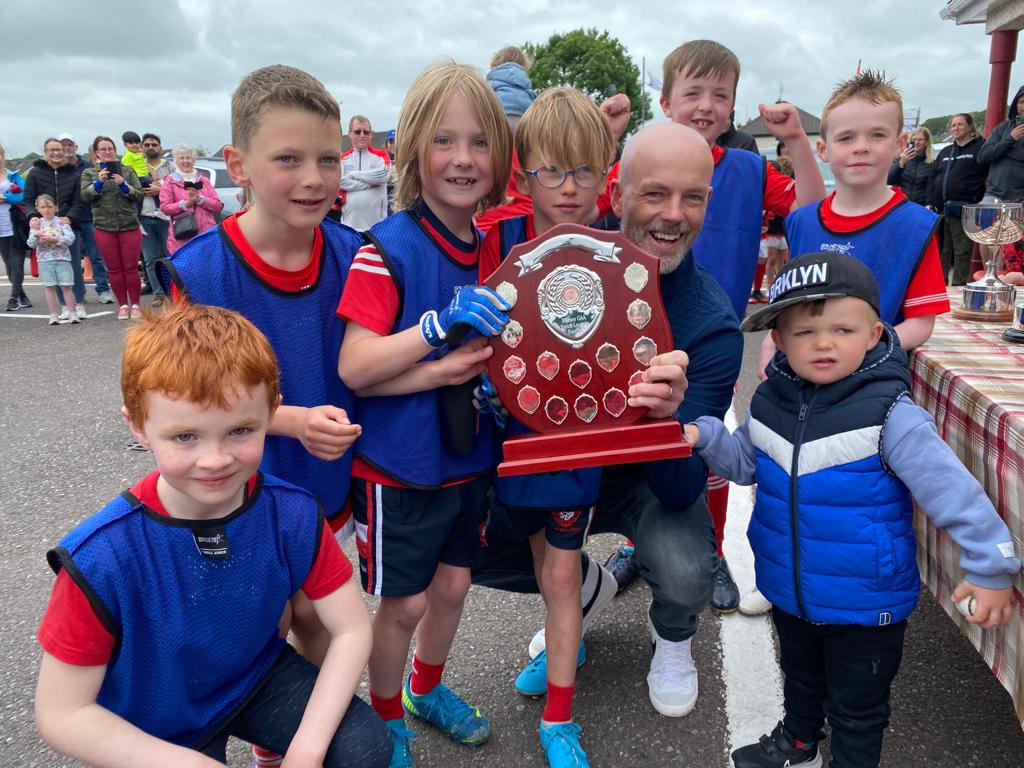 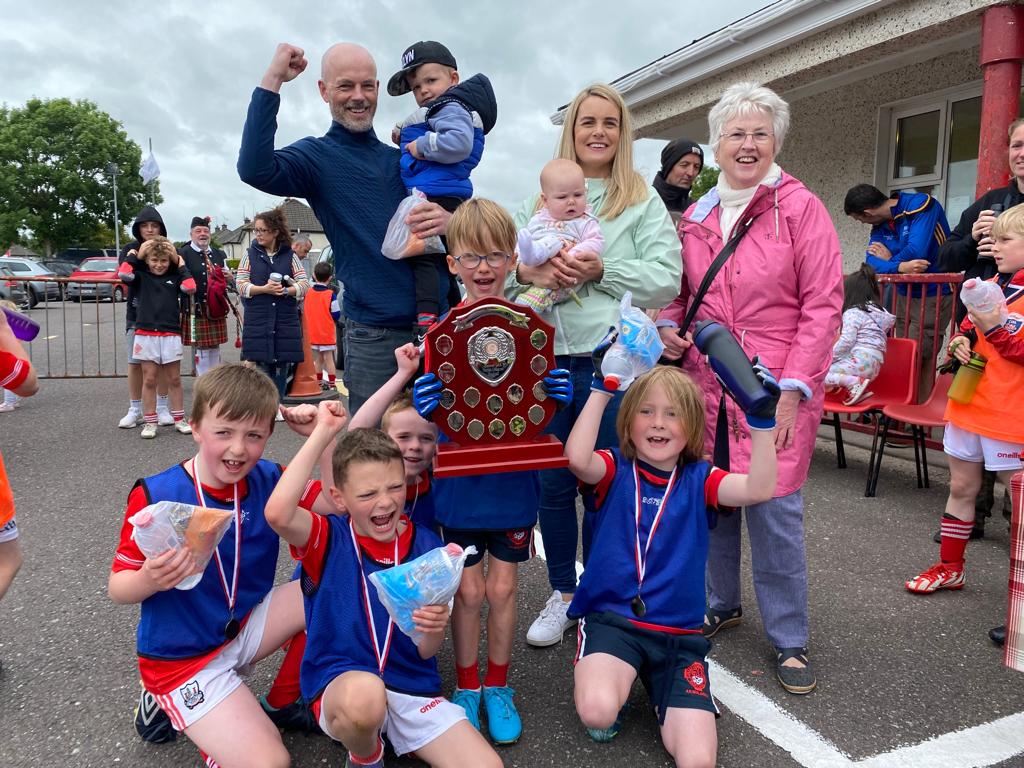 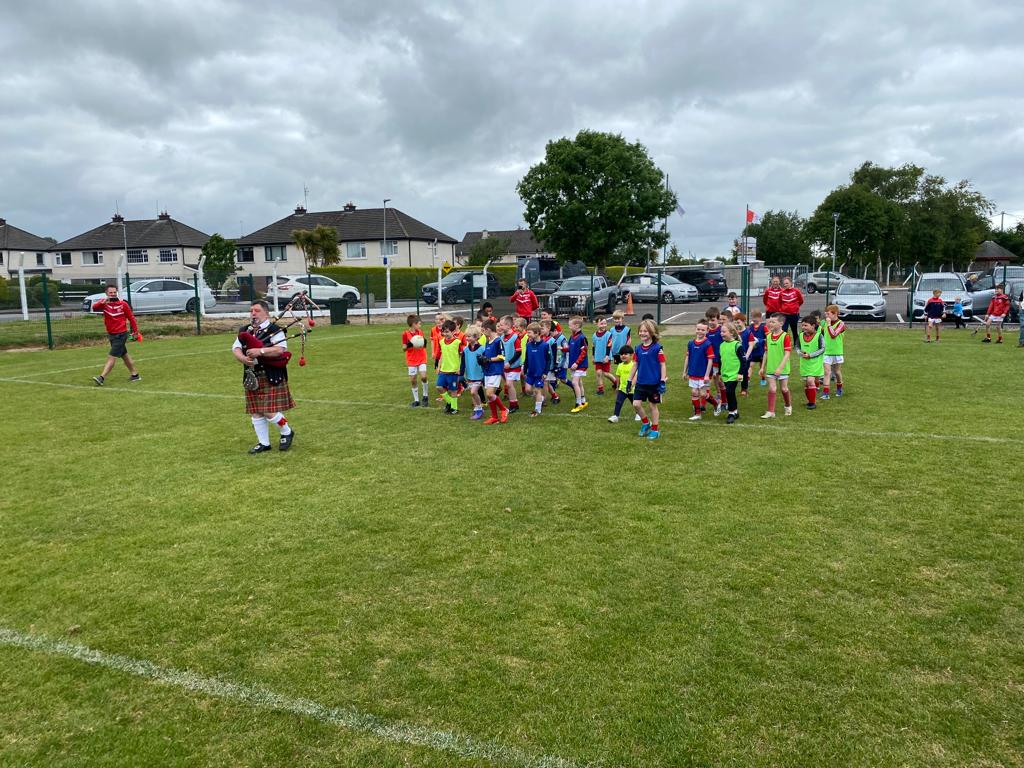 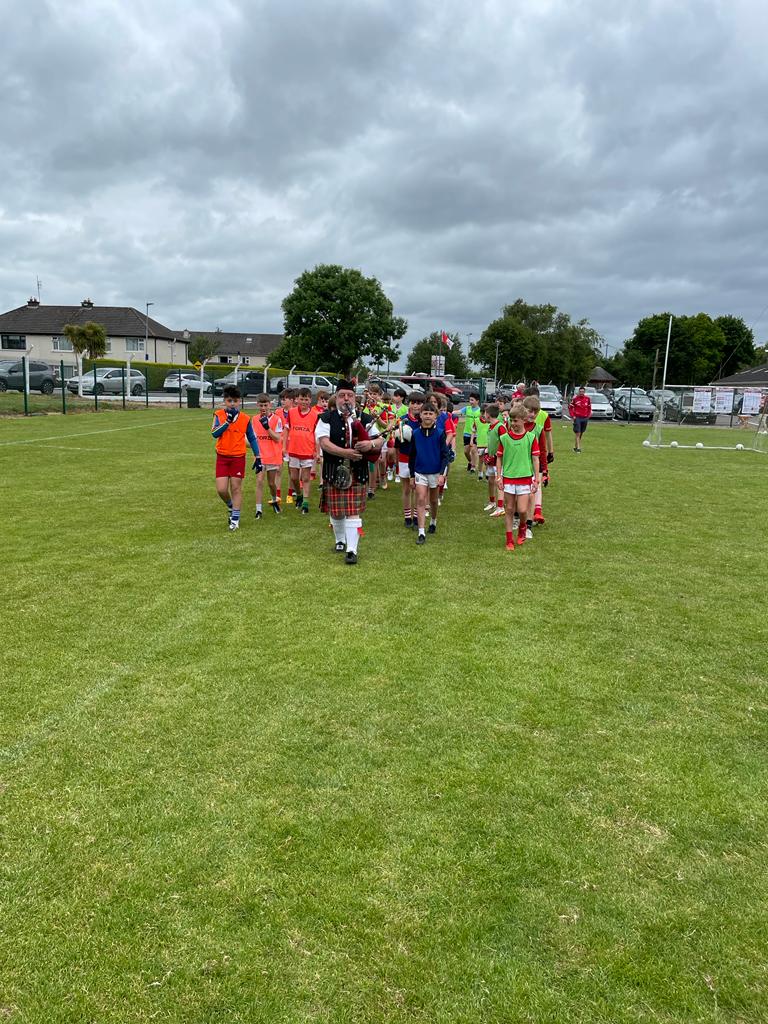 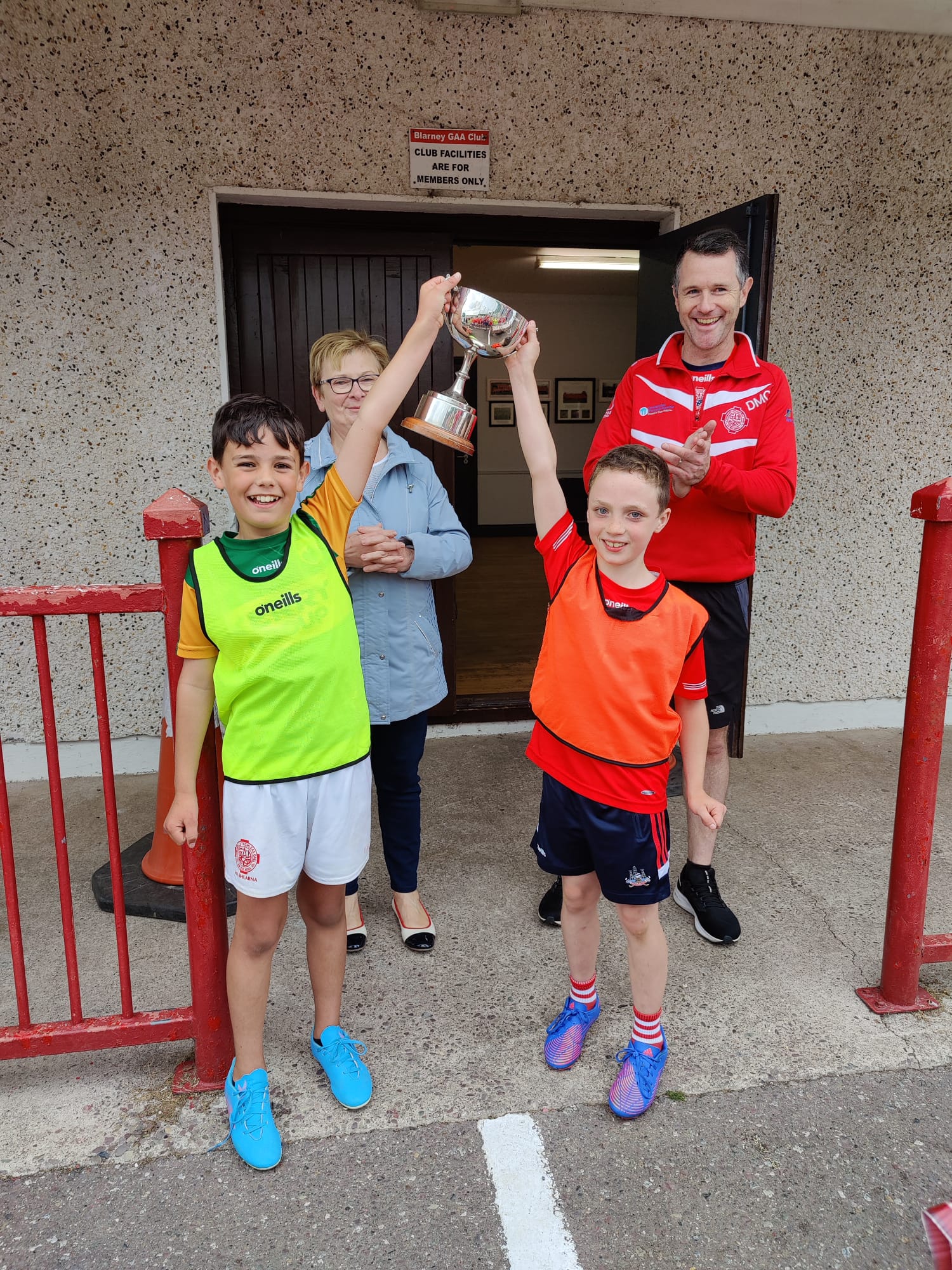 There was a festival of football in Blarney GAA over the last week with the hosting of our Football Parish Leagues, which culminated in the finals on Sunday. Over 170 boys played across 18 teams from under 7 up to under 12.

In the U7/8 competition, Monaghan, who were very impressive throughout the competition, prevailed in the final after a massive battle with Down. There was goals scored, goals disallowed, uprights hit, but ultimately despite the best efforts of Sean Rowley and his teammates, it was Ramsey O’Riordan who led his team to victory. Ramsey was presented with the Dónal Ahern Memorial trophy by Dónals brother Peter who travelled down from Kildare to watch the finals. It was very fitting for Monaghan to win the trophy, as this is where Dónals mother Jacinta hails from.

The U9/10 competition had 8 teams, so there was a round-robin Munster & Leinster championship. After very tight group games, it was Tipperary and Wexford who topped the groups to make it to the final. What a battle this was! Tipperary led 2-1 to no score after half time, with their captain Senan Ring in inspirational form. On the resumption, Wexford pushed on to take the lead, with Darragh Whelan and his charges hitting a purple patch. Tipperary were not finished, and came back to take the lead, but ultimately the game ended in a draw. After a small debate, for the first time in memory, it was decided both teams would share the spoils. In what was a very satisfying result, both captains were presented with the Peter McSweeney Cup. It was great to have Peters wife Nora on hand to present the cup to both our captains. The picture of the captains lifting the cup together, shows the happiness and joy across all their teammates and families in the background, showing why the parish leagues are so special.

For the U11/12 competition, we again had fantastic football on display. Following on from the success of the inaugural hurling at this age last year, this was the first year we had football parish leagues for this age group. It is again proving to be a great decision, as it gives these young boys a fantastic opportunity to show what they can do. The Cian Kirby Memorial Cup has been put forward for this competition, and the competition as a whole was a very fitting tribute to the memory of Cian. Four teams contested the round robin stages, with Ulster & Leinster the two teams that came out on top to make the final. Both teams were familiar with each other having contested the last round of the group stages before the final. Ulster made all the early running, racing into a commanding half time lead, with captain Mati Delea commanding at the back, and the midfield and forwards full of running. Some tweaks made by Leinster on the resumption brought them back into the game, with captain Lochlann O’ Donoghue moving to the forwards and driving his team on. Leinster were really making a charge, but only for some fine saves from Ryan O’Leary, the hooter eventually sounded with Ulster holding on and were crowned champions. Mati Delea stood up to accept the Cian Kirby Perpetual Cup from Cian’s mom Val. It will be a great honour for Mati to be the first to have his name inscribed on this special cup.

Overall, it was a fantastic day of football, and the future of Blarney GAA is in a really great place with all these fantastic players coming through. A special mention and thank you to our piper Norman, who is well and truly part of the tradition of our Parish Leagues, and led all the players out for their finals across morning and early afternoon. It certainly adds to the special occasion to have Norman part of the finals.