For the second time in our history our Junior B Hurlers have won the County Junior B Hurling League. The lads defeated Kanturk in a hard fought game on the new 4G pitch in Pairc Ui Chaoimh last Sunday night.

Kanturk started the game very strong, leading 8 points to 4 after 20 minutes. A well taken goal by Damien Hyde soon after settled the team and provided a foundation for the team to build on. Both sides exchanged scores before Hyde hit his second goal of the night into the Kanturk net. The sides went in level 2-4 to 0-10 at the break.

Shortly after the restart, substitute Donal O’Leary got Blarney’s third goal of the game  and the lads never looked back. There was some great individual displays, but the highlight was how hard the team worked for each other. Great credit must go to all the players on the large panel (30 approx togged out) and management team. 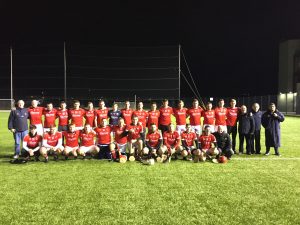 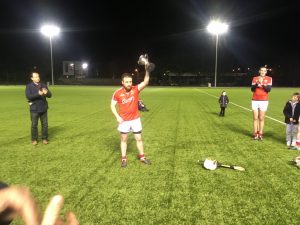